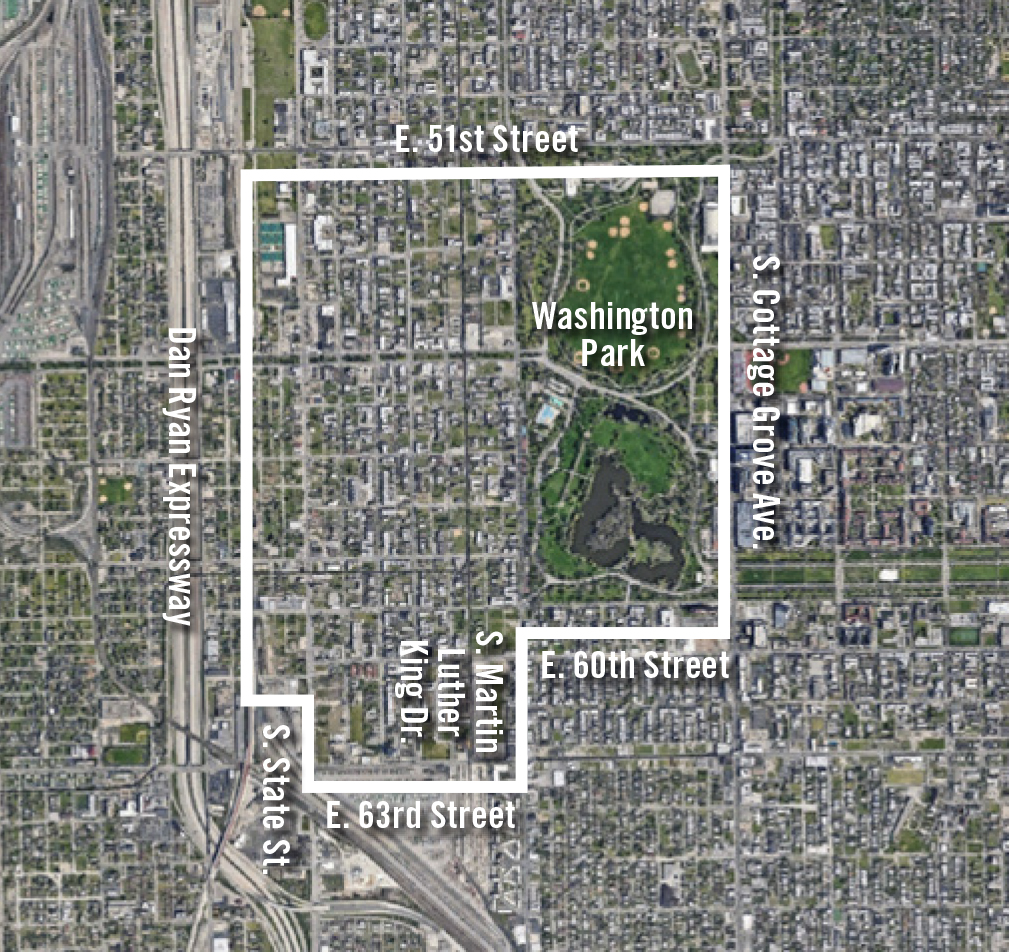 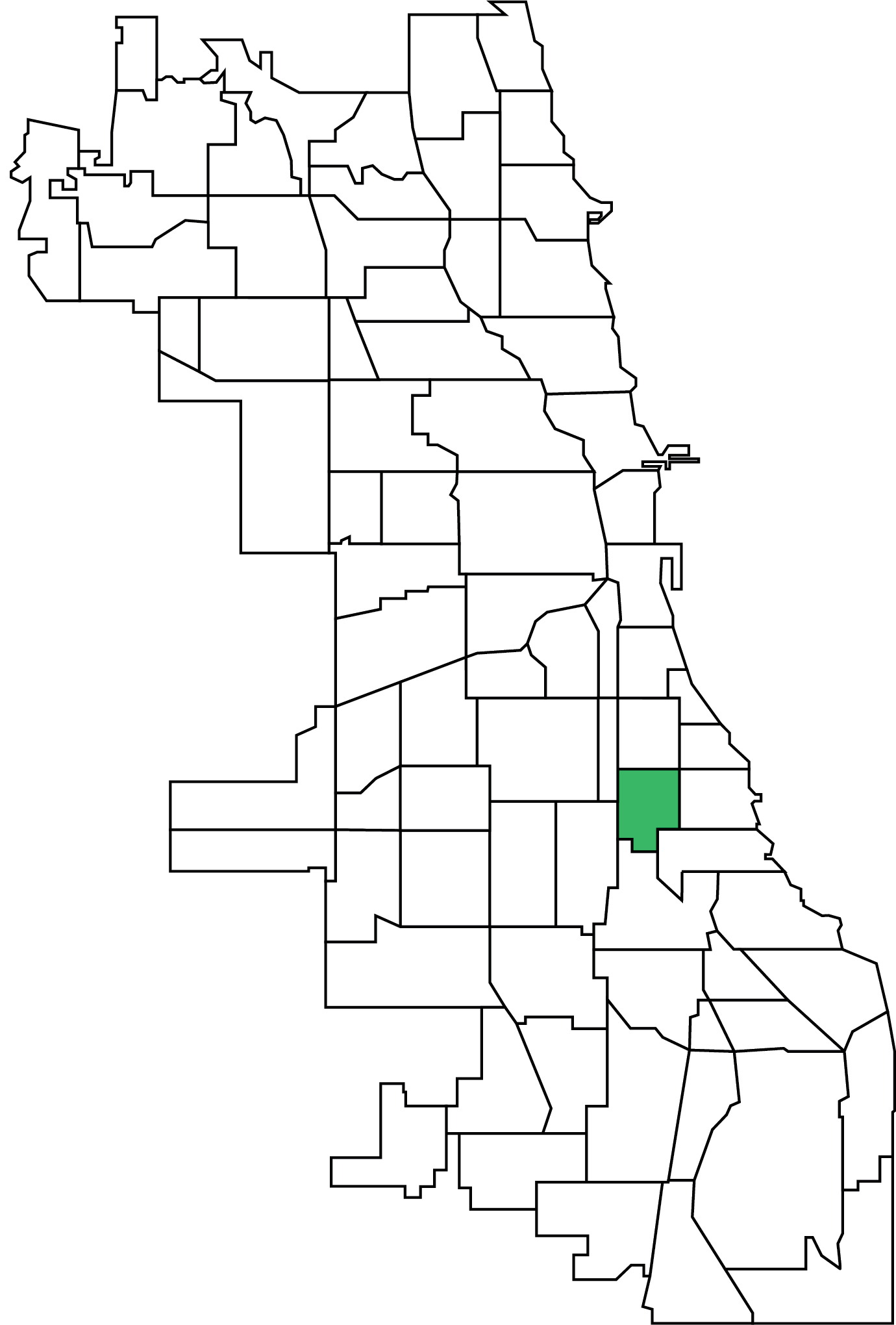 Washington Park is Community Area 40 of Chicago’s 77 Community Areas, located in the southeast section of the city, roughly 1.4 miles west of Chicago’s Lakefront and 4.5 miles south of Downtown’s Loop. Roughly one-third of the 1.48 square mile (947 acres) community area is covered by Washington Park (the Park), named after George Washington. The Park is home to the historic Washington Park Fieldhouse, the DuSable Museum of African American History, as well as General Richard L. Jones Armory and Walter H. Dyett High School for the Arts.

The street boundaries of Community Area 40 are 51st Street to the north, King Drive to the east, 63rd Street to the south, and railroad tracks to the west, plus the Park itself—situated to the east of King Drive. Washington Park’s community area is bordered by six community areas: Englewood and Fuller Park to the west, Grand Boulevard to the north, Hyde Park to the east, and Woodlawn and Greater Grand Crossing to the south.

Street boundaries for the purpose of the Washington Park Parcel Survey (WPPS) were adjusted slightly. First, the Park was excluded. The survey area was also extended west to the Dan Ryan Expressway (Interstate 90/94), including small sections of Englewood and Fuller Park, and south to include a small section of Greater Grand Crossing. WPRAC requested these adjustments to reflect a more natural geographic boundary. In total, these boundaries include 2,881 parcels.

In 2019, members of WPRAC, residents from the Washington Park community, and students from the Harris School of Public Policy worked together to design and conduct the Washington Park Parcel Survey (WPPS), which collected detailed data about the neighborhood’s built environment, with an eye toward the housing landscape. The parcel survey data provided a foundation for additional data analysis from which five key findings were developed. These findings assisted WPRAC in developing a set of policy recommendations that are presented in their final report.